Australia and sport: A love story

To kick off September on the front foot, for one day the Emile-Anthoine stadium in Paris was transformed into a temple of Australian football.

It was a rare opportunity for curious French people to test this typically Australian sport, which is based on camaraderie, team spirit and a certain agility! For the nostalgic expatriate Australians keen to maintain links with home, it was the opportunity to time travel to the friendly family atmosphere of Saturday morning footy!

AFL France, which has a league of 10 clubs, offered a day of Australian football demonstrations at the foot of the iconic Eiffel Tower (see pictures), with footy skills and drills open to the public, followed by a mens and womens exhibition match.

The sun was out, as were the French and Australian audience, along with Gillian Bird, Australia’s Ambassador to France, who opened play with an impressive throw!

If you didn’t have the opportunity to participate on the day, you can still discover this unique sport through AFL France and perhaps we will make this special day and piller of the Australia now France program, an annual affair – an Australia now legacy project!  Watch this space… 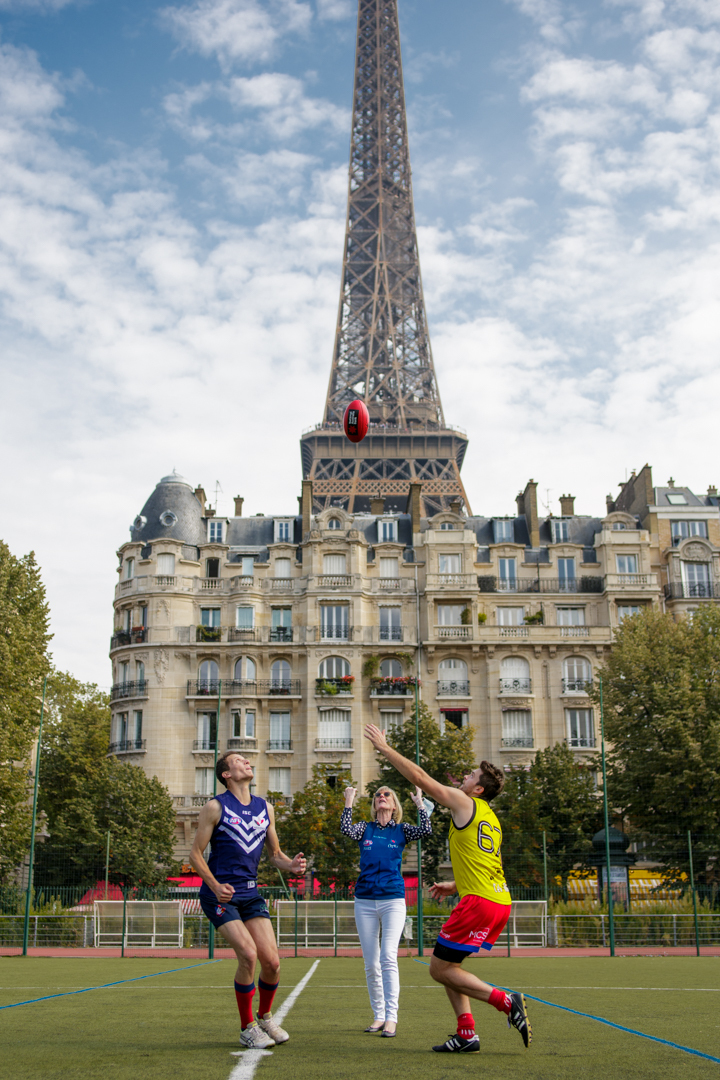